If you feel like your launcher is not working as smoothly as the iOS interface or not as fast as you like. Then try a different iPhone launcher. And one more thing is that these are not custom launchers for your iPhone. Both Apple’s smartphone family and Android does not offer the same customization lengths.

iLauncher or iPhone launcher is a cool alternative launcher for Android (Paid App). It comes with some of the features of the iPhone home screen. iLauncher is one of the best app launchers that replicate the iOS user interface. It features include: 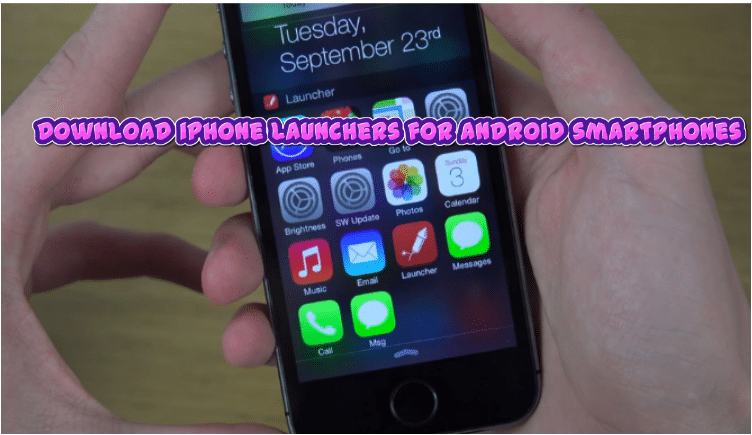 Settings screen for Android. Hence its similar to the iPhone Settings page.

Get iPhone style notifications and alerts.

Similar to the default iPhone keyboard.

A custom Status bar for Android.

To add iOS 7 like Parallax effect in the Home and Lock screen.

How to Install iOS in Android Smartphone?

For this you don’t have to root your device. The only thing that you have to do is to just download the software. And then install it.

Then press the Menu button and opens up an iPhone style configuration page for iLauncher. Then you may set the iPad mode to display smaller icons, to get a home screen similar to that of an iPhone 5. Now you have iOS style home and search screen but there are lots more to do.

Now, if you want then you can set InoMail and iPhone Message apps in the dock. Then make their icons look like the default iPhone ones.

There are many Android launchers. But here we are listing some of them.