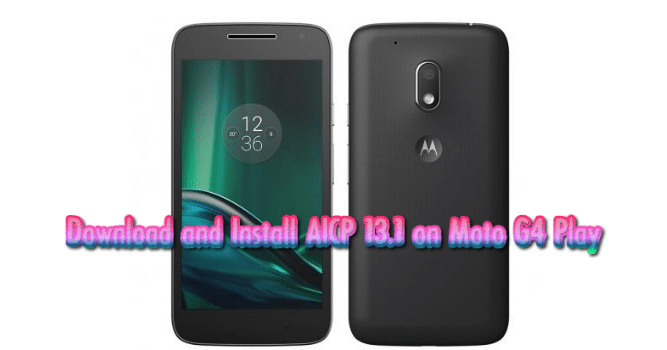 You can now install the AICP 13.1 ROM on your Moto G4 Play if you are unlocked. By this way, you are able to enjoy the Android 8.1 Oreo update on your device. Taking about the Moto G4 Play, the smartphone was the cheapest of all the Moto G4 series phones. It was released in mid-2016 by the company. The Moto G4 Play consists of 5-inch HD display with Snapdragon 410 processor and 2GB of RAM.

Now, as far as installing the AICP 13.1 ROM on your Moto G4 Play is concerned, we have published a detailed guide below. However, Guidebeats.com is not responsible if anything goes wrong during the installation of this ROM. But, you can always contact us if you are stuck at any step so that we can help you.

Make sure to read carefully and follow the steps mentioned properly. If not, you can always comment below and we will be happy to guide you in any way possible